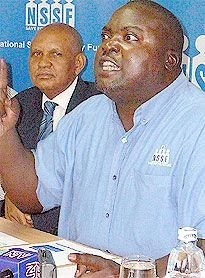 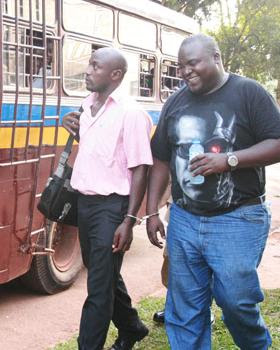 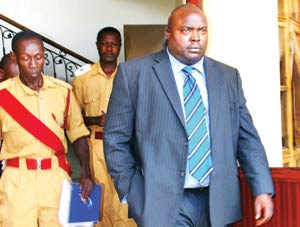 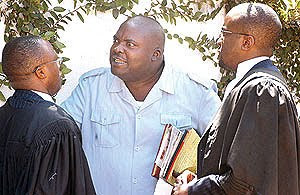 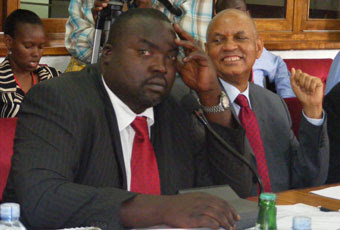 It is so risky taking big Government jobs because when you get instructions from above to do what may be illegal or unethical or outright corruption, you will not refer to the source of the powers from above when in court. So, better learn from Jamwa.

Although found guilty of selling immature Treasury Bonds and his involvement in the Temangalo land saga, like many others, Justice John Bosco Katutsi said he believes Mr David Chandi Jamwa was brought to book because of what he told the Parliamentary Public Accounts Committee (PAC).

In an exclusive interview with Sunday Monitor, Justice Katutsi said he was going to acquit Jamwa but convict him because of his “heavy involvement in causing massive financial losses to the National Social Security Fund (NSSF)”.

“Technically, he (Jamwa) did not do anything wrong. But can you tell me what that man was up to selling Treasury Bonds, which are left with 20 days to mature, yet NSSF was not in very urgent need of money?” Katutsi asks. “In the process, he made NSSF lose billion and others billions richer,” he adds. “In fact, if you read my judgement between the lines, you will see that I was going to acquit him finally.”
Justice Katutsi said he was angered to see only one man being punished while the rest were enjoying themselves.

“It is the last paragraph where I said let things fall if they fall at all, but let me convict him because a wrong plus a wrong cannot make a right,” Justice Katutsi said.
The judge, who is retiring this month, said the corrupt have become more sophisticated in their thieving, making investigations more difficult for law enforcement officers.
“With corruption, most of the cases we try are what we call the white-collar job crimes committed by people who are highly intelligent. These are methods that are really so sophisticated. Our law enforcement officers find it difficult to match them. They are far ahead.”
Justice Katutsi also revealed that even retiring, he will only express his views on Uganda’s political future, governance and corruption in a book which he intends to publish. “If I told you, will not buy my book,” he insisted.

Before his appointment as NSSF Managing Director in February 2007, Jamwa was a Senior Partner at Price WaterHouse Coopers, the youngest partner even to be admitted at the time in 1998. It is said Jamwa coached, mentored, counselled and trained a large number of senior managers, managers and associates of the firm. He was also Managing Partner, D.Craven & Associates since October 2006.

While at NSSF, Jamwa was credited for having raised the interest rate for workers savings from 3% to 14%. This period of boom was, however, short-lived after Jamwa was suspended over his alleged involvement in a Shs11.2 billion land scandal.
Initially, Jamwa told a committee of Parliament that NSSF had purchased the 411 acres of land to build 5,000 low-cost houses.

But later in a closed-door session, Jamwa said Ministers Amama Mbabazi (Defence) and Ezra Suruma (then finance) exerted pressure on him to purchase the land at an inflated value compared to the market value of land in Temangalo.

The MPs then petitioned the President and Parliament to investigate the dealings between the two ministers and NSSF. The scandal saw the emergence of divisions within the NRM and the opposition. The majority in Parliament later declared Mbabazi and Suruma innocent.

Jamwa and his deputy Mondo Kagonyera were sacked. Jamwa was, however, held heavily accountable over this matter. The Inspectorate of Government later instituted an investigation into fresh allegations that Jamwa caused a financial loss of more than Shs3 billion to NSSF when he sold Treasury Bonds just 20 days before their maturity. The Anti-Corruption Court on Tuesday sentenced him to 12 years in jail for the offence. He has appealed the sentence.

The journey to prosecution

* June 22, 2010: Mr Jamwa is arrested at Malaba border in eastern Uganda in the wee hours as he was driving to neighbouring Kenya. He was in the company of three people though he told police that he was going to attend a burial in Kenya. Moments later, he was transferred to Kampala amidst tight security before being charged with abuse of office and causing financial loss of over Shs3 billion before the Anti Corruption Court in Kampala. That same day,He was remanded to Luzira prison as inquiries into the matter continued.
* June 23 , 2010: Mr Jamwa was brought for questioning before the Parliamentary Committee of Commissions and Statutory Enterprises into the alleged mismanagement of the Fund’s money with his then deputy, Prof Mondo Kagonyera, before being taken back to Luzira prison.
* June 24, 2010: His lawyer David Mpanga submits his bail requests before the Anti Corruption Court on grounds to have him released citing Jamwa’s health that needed special attention that is not in Luzira.
* July 2, 2010: The head of Anti Corruption court, Justice John Bosco Katutsi, releases Mr Jamwa on a cash bail of Shs10 million. He was also told to deposit his passport with the court registrar
* September 22, 2010: The Anti-Corruption Court Chief Magistrate, Justice Irene Akankwasa, commits Jamwa to face trial in the Court’s division. This was after the investigations into the matter were complete by IGG. His bail was also cancelled before being remanded to Luzira Prison
* December 16, 2010: The trial officially kicks off before Judge John Bosco Katutsi with four witnesses testifying against him
* December 20, 2010: Mr Jamwa takes to the dock and defends himself by admitting to court to have sold off the bonds but did not act solely but consulted relevant authorities.
* January 10, 2011: The two assessors, Mr Silver Kakumba and Ms Agnes Mugala in their co-opinion which is not binding advised court to acquit Mr Jamwa saying he did not act individually.
* February 25, 2011: Court deferred his verdict to March
* March 3, 2011. Court finds Jamwa guilty of causing financial loss of over Shs3 billion to the Fund, but acquits him of abuse of office.
* March 9, 2011: Court sentences Jamwa to 12 years imprisonment plus barring him from holding any public office after serving his sentence
Posted by williamkituuka.com at 11:43 PM