Dr. Olara Otunnu is my hero; I would love to see him President of Uganda 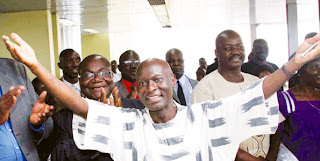 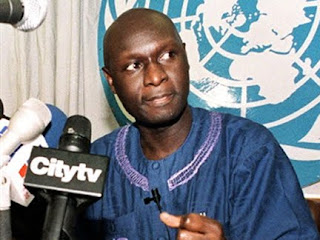 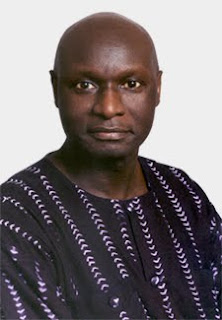 Problems in Uganda
Problems in Uganda are the outcome of various factors. The country has poor infrastructure and the economic condition is really meager in terms of other countries. The foremost Uganda problem is poverty and it's draining the local masses like anything. The local people are deprived of shelter and food. Many people live below the poverty line. Uganda has adopted many anti-poverty programs but the financial problems hamper the government to implement such programs. The government aims to eradicate the extreme poverty by 2017. Uganda's agricultural growth and development are the main area of concern related to the poverty issue.

Health is another problem of Uganda that is of grave concern. People with low income in Uganda find it really tough to avail the health care. The demographics chart reveals that more than 10% of the adult population in Uganda has HIV AIDS and approximately one million children from it and many other malnutrition related health problems. The number of doctors in Uganda is not sufficient for attending to its sick people. Approximately there is one doctor per 20000 sick people. Thus most people go untreated. Several initiatives related to co-operative health systems are implemented in Uganda by the USAID. The USAID developed financial strategy along with designing various health insurance schemes in various parts of the country. Fruitful results are seen in co-operative health plans and it's growing day by day.

Uganda has faced many problems in the past and is still wrought with many issues. But the nation is always trying to overcome such problems and emerge as one of Africa's most developed countries. Source: http://www.mapsofworld.com/uganda/culture/problems-in-uganda.html

Given the Problems of Uganda; I can surely trust Dr. Olara Otunnu; if endorsed by the Inter-Party Cooperation to take Uganda to the promised land. He is not stained by what has gone on through the past 24 or so years;which have seen corruption survive as the way of living; human life has got so degraded such that as long as those well placed are okay; others can eat grass! The reconciliation efforts he is trying across the board can be trusted; unlike those who sinned with the NRM and after seeing they were cheated are now showing that they are bitter! Yet they helped the regime to get established to a level where it is almost impossible to get it out of office though it is negatively delivering for Uganda.

LIFESAVER HERO:
OLARA OTUNNU
by Rebecca Miller
Olara Otunnu was born in northern Uganda in a time when children went to school and had opportunities for a normal, rewarding life. Sadly, this is not the reality for most children in his home region today; nor is it the reality for far too many children around the world. Otunnu has devoted his life to championing their basic rights.

Otunnu had the opportunity of going to high school, college, and then university in Kampala, Uganda. Intelligent and eager to make a difference in the world, he earned an Oxford University Overseas Scholar followed by a Fulbright Scholarship to Harvard Law School. Afterwards, he practiced law in New York before becoming an Assistant Professor of Law at Albany Law School.
Otunnu was a student activist during his university years as president of the student's union, when Edi Amin had a terrible grip on his unfortunate subjects. After earning his degrees, Otunnu worked as a lawyer as well as a skilled diplomat; his awareness of the bleak plight of the children in his beloved Uganda compelled him to devote his life to improving their lives. When offered the position of United Nations under-secretary general and special representative for children and armed conflict, it was a perfect fit. He fulfilled this position from 1997 to 2005.

Under his passionate and charismatic leadership, the United Nations crafted a comprehensive system of rules, called Resolution 1612 of 26 July 2005, in which an international monitoring and reporting system was established. The system "documents abuses against children, seeks to identify and publicly list offending parties responsible for abusing and brutalizing children, and seeks to bring these offenders into compliance with international laws and standards, including through the imposition of sanctions."

The widespread use of children in armed conflicts is a terrible trend that has spread across the globe. As Otunnu explains, it is seen

"from Colombia to Sierra Leone, from Sri Lanka to Sudan and Uganda, from Burma to Angola.
Compelled to become instruments of war, to kill and be killed, child soldiers are forced to give violent expression to the hatreds of adults.
It is not just the child combatants who are affected, but the girls who become 'wives,' the youngsters who have to cook for the troops, be messengers or spies."
Report to the United Nations by Olara Otunnu

Otunnu spoke at the World Council of Churches, February 2006, where he laid out the progress made in the United Nations regarding this seemingly intractable affliction. After tireless observation, research and planning, Otunnu may have cracked the conundrum of why this urgent problem has persisted for so long, with so little action taken. He broke the problem down into these active steps toward hope.

* Campaign to protect children from the scourge of war
* Developing concrete response and actions
* Embarking on the ‘era of application’
* Instituting a ‘naming and shaming’ list
* Establishing a formal CAAC compliance regime
Simply put: Otunnu laid the groundwork by speaking out against the shame of treating children this way; he brought organizations together to take action; he decided how to assist government agencies to transform from talk to action (the most difficult step of all); the first concrete step was in publicly shining the spotlight on those who transgress; specific action plans and deadlines for ending the violations were implemented; in the event of noncompliance, the "Security Council will consider targeted measures against those parties and their leaders, such as travel restrictions and denial of visas, imposition of arms embargoes and bans on military assistance, and restriction on the flow of financial resources."
Olara Otunnu has left an immensely important legacy during his United Nations sojourn - one that will save the lives and futures of thousands of children. Today, his work continues through the LBL Foundation, whose mission is to encourage investing in the education of children and youth, as the "most effective way to facilitate overall recovery and development in a war-torn society."

"Ensuring protection for our children and investing in their education and development is therefore among the most important and effective means for building durable peace and justice in society.
Posted by williamkituuka.com at 1:45 AM