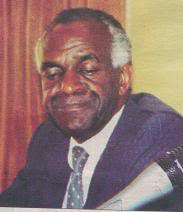 The Principal Judge James Ogoola is among seven senior judges set to retire from the judiciary by the end of this year. The retirement of judges in the High Court, Court of Appeal and the Supreme Court, is likely to put more pressure on the judiciary and delay justice administration, owing to inadequate numbers.

The Deputy Chief Justice, Leticia Mukasa Kikonyogo, who turns 70 on September 2 is among those set to retire.

Others...
Others are her Court of Appeal colleague George Steven Engwau (May 26) and Supreme Court judge, Galdino Okello who leaves in October.
The head of Anti-Corruption Court, Justice John Bosco Katutsi, will retire on December 18 when he turns 65, Justice Anna Magezi, also deputy head of the Land Division, already clocked the retirement age on April 10 and Justice Caroline Atima Okello, deputy head Family Division will retire on November 23. Justice Ogoola turns 65 on August 15.

The retirement age for Supreme Court and Court of Appeal judges is 70 years while that for High Court judges is 65. The chairperson of the Judicial Service Commission, Justice Seth Manyindo, while appearing before the Legal and Parliamentary Affairs Committee last Thursday, said they are going to have more vacancies on the bench, which is likely to affect coram at the courts.

Filling gaps
“The commission is moving to replace retiring judges. We have made recommendations to the appointing authority for the appointment of the justices of the Court of Appeal,” he said.

He said the JSC had submitted names to the President to appoint 10 more High Court judges. Shadow Attorney General Erias Lukwago said the seven would leave a big gap in the administration of justice.

“They have a wealth of experience and they have exhibited a high level of fairness,” Mr Lukwago, also MP for Kampala Central, said. It is estimated that there are 40, 000 cases in the system that have stayed beyond two years without being disposed of.

The judiciary has often suffered due to the retirement of judges. The delay in appointing new ones has resulted into a backlog of cases.
Posted by williamkituuka.com at 12:32 AM