Today is Nomination of candidates for Mukono North 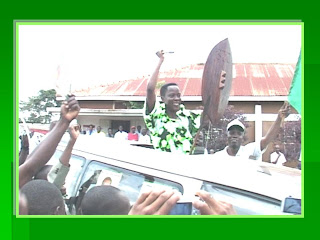 Posted Wednesday, April 28 2010 at 00:00
Mukono/Kampala
Mukono was yesterday painted green as scores of Ms Betty Nambooze’s supporters escorted her for nominations at the town’s community hall. Ms Nambooze of the Democratic Party will face NRM’s Rev. Bakaluba Mukasa in the Mukono North parliamentary by-election, following court’s cancellation of the latter’s victory. Eight other candidates are in the race.
Show of might
Ms Nambooze, who was nominated first, stormed the town with dozens of supporters perched on cars and boda bodas amid heavy police deployment. She was escorted by top opposition politicians.
Save for a few verbal spats between Nambooze and Bakaluba’s supporters, the exercise, conducted by returning officer Francis Nkurunziza, was peaceful.
The election, called after the Supreme Court confirmed lower court rulings that Rev. Bakaluba rigged the 2006 elections, will be held on May 25. But yesterday, Rev. Bakaluba said the people of Mukono think otherwise of the court rulings, adding, “And I cannot sit back and see opposition take the seat from NRM.”
Also nominated yesterday were FDC’s Moses Bakubi, Mr Charles Jingo, Zurimala Kiggundu and Mathew Taremwa, all independent candidates. Expected to be nominated today are Moses Kagoda Kalule, an NRM supporter and three others who are said to have picked nomination papers but were not known by press time.
Newly-elected DP president Norbert Mao said, “It is on the voting day that we shall confirm Nambooze’s victory that was snatched from her by the NRM.” For Mr Bakubi, it might be a tough race after some top FDC politicians instead said they were throwing their weight behind Ms Nambooze.
FDC’s deputy publicity secretary Sara Eperu said the big crowds showed that Ms Nambooze was popular and she would win. “FDC supports Nambooze and the candidate on our ticket will leave the race,” Ms Eperu told the cheering Nambooze supporters. “But even if he doesn’t, we are all rallying behind DP because she is the one who can beat Museveni in this race.” 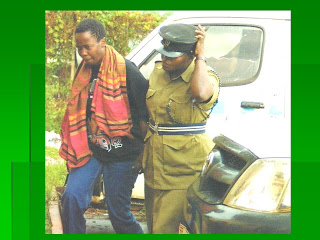 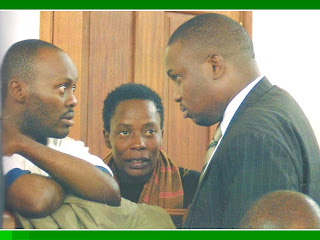 What Betty Nambooze has gone through among other reasons is why she will emerge victorious in the forth coming by election for Mukono North. It is only rigging by the other party that can make her lose.

Mukono Elections for May 25
Cyprian Musoke
14 April 2010
Kampala — The by election of MP for Mukono North constituency will take place on May 25, the Electoral Commission (EC) announced yesterday.
The seat fell vacant after DP's Betty Nambooze won a petition in the Supreme Court against NRM's Peter Bakaluba.
A statement by EC deputy chairperson Joseph Biribonwa declared April 27-28 the nomination days.
Today will be the cut-off date for the registration and transfer of voters.
Posted by williamkituuka.com at 12:35 AM