Happy Birthday to the Queen 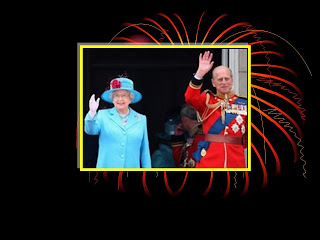 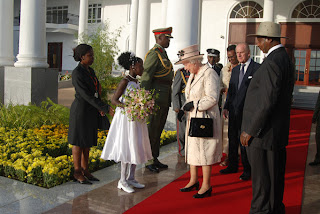 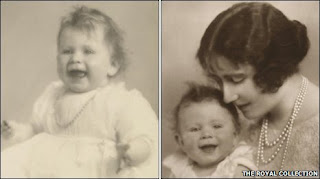 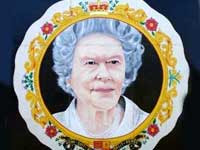 Photographs from the Queen's first portrait sitting have been released to mark her 84th birthday.

The images are of Princess Elizabeth, aged seven months, posing for cameraman Marcus Adams in 1926.

Some of the prints will be displayed at an exhibition at Windsor Castle from Saturday until February next year.

The Queen will be spending the day at the castle for her birthday and the King's Troop Royal Horse Artillery will provide a 41-gun salute in London.

In the photographs Her Majesty is pictured barefoot in a white dress and separately with her parents, the Duke and Duchess of York, later George VI and Queen Elizabeth, on 2 December 1926.

Two of the images became prized possessions of the Queen Mother and were kept in a double-frame leather picture case.

One shows the seven-month-old looking into the camera, in the other she smiles while being held by her mother.

The pictures are thought not to have been seen in public for many years.

When Princess Elizabeth's parents went on a six-month tour of Australia and New Zealand, she remained behind and was taken to Mr Adams' studio in January 1927 for another photo session.

She was captured playing with a pair of Victorian glasses in some of the pictures and handling photographs of her parents in another.

A note written by Clara Knight, the princess's nurse, which was sent to the overseas King and Queen, was published for the first time and can be seen at the new exhibition.

The short letter accompanied a picture of the young Elizabeth which showed her laughing with her mouth open.

It said: "If mummy looks into my wide open mouth with a little magnifying glass she will see my two teeth."

A few days after the royal couple returned to Britain, in June 1927, they visited Mr Adams' studio in central London with their daughter for more photographs which are included in both the exhibition and his new book.

Windsor marks Queen's birthday with gun salute
Queen Elizabeth's 84th birthday will be celebrated in Windsor this year with a bang.

The Queen's 'real' birthday salute will take place at the Long Walk near the Brook Street entrance to Windsor Castle with the first cannon fired at midday.

The tradition of two birthdays began with King Edward VII who decided to celebrate on two dates.

Queen Elizabeth's official birthdays were on the second Thursday of June for the first seven years of her reign.

It is now normally celebrated on Saturday.

Trooping of the Colour

Elizabeth Alexandra Mary Windsor's arrival in the world - officially timed at 0240 GMT on 21 April, 1926 - is toasted at parties in British embassies around the globe, usually at some time in June.

In Britain, the first Saturday in June is traditionally marked by the Trooping of the Colour ceremony in Horseguards' Parade.

For many years the Queen arrived at the party side-saddle on her favourite horse, Burmese.

Now the 84-year-old monarch is driven past the guard of honour in a horse-drawn carriage.

Her official birthday is also marked by the flying of the Union flag on government buildings, a 42-gun salute and the publication of the birthday honours list.

Australia, except for Western Australia, observes the Queen's Birthday on the second Monday in June.

In Western Australia, it is usually the last Monday of September or the first Monday of October.

The day has been celebrated since 1788.

The Queen's birthday is celebrated on the Monday before or on the 24 May. The day is known as Victoria Day, originally the birthday of Queen Victoria (born 24 May 1819).

The Queen's official birthday is marked by the firing of an artillery salute in the national and provincial capitals of Canada and the flying of the Union Flag on government buildings.

In New Zealand, the holiday is the first Monday in June. There have been proposals to replace the holiday with Matariki (M?ori New Year) as an official holiday.

The idea of renaming the Queen's birthday weekend to Hillary weekend, after Sir Edmund Hillary, the first person to ascend Mount Everest, was raised in 2009.

The Queen's official birthday is a public holiday in Gibraltar and most other British overseas territories, but in 2008, the Government of Bermuda decided that it would cease to be a public holiday in 2009, despite protests from people in the island.

In the Falkland Islands, the actual day of the Queen's birth, 21 April, is celebrated.

The day ceased to be a public holiday in Hong Kong after the territory's handover to the People's Republic of China in 1997.

Fiji also celebrates the Queen's official birthday, along with the Prince of Wales's birthday.

Although the Queen ceased to be head of state in 1987, she remains recognised by the Great Council of Chiefs as traditional Queen or paramount chief of Fiji.
Posted by williamkituuka.com at 4:16 AM