Power is the most disturbing problem in doing business in Uganda 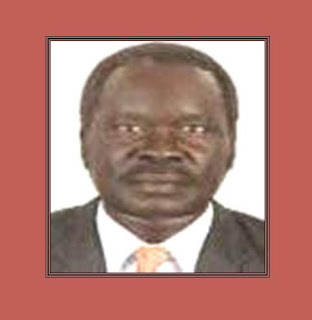 Hon. Hilary Onek, Minister of Energy & Mineral Development
It is becoming very hard to do business which has to depend on UMEME formerly Uganda Electricity Board (UEB) power supply. It is very disturbing,and the Minister; Hon. Hilary Onek must be the most disturbed because his area is a good reflection of the role of poor planning. It disturbs to see that in some areas like Lweza on Entebbe Highway,power has to get off at least once a day! And you fail to understand why an area over a mile always has similar power problems. If it is the load,why can't those concerned balance it?
William Kituuka

The Ministry of Energy and Mineral Development is a government ministry of Uganda, with offices in Kampala. The mandate of the Ministry, according to its website, is "To establish, promote the development, strategically manage and safeguard the rational and sustainable exploitation and utilization of energy and mineral resources for social and economic development"
The Monitor (Kampala)
Uganda: Mr Hilary Onek, Be Very Careful What You Ask for
Fredrick Masiga
10 November 2009
When I read that Eng. Hilary Onek - Energy minister - would seek the counsel of President Museveni over the 'indiscipline' of his Permanent Secretary Fredrick Kabagambe-Kaliisa, I thought immediately that the 'oil fever' had taken over his thought process. But I will return to this point later.
Onek is hardly 10 months in office but fights in the Energy ministry started as soon as it was rumoured that he was being proposed for the portfolio. And since his ascendance, there have been countless rumours, back stabbing and head-on accusations. Perhaps that's the difference between him and his predecessor. He is a light-footed 'trouble maker' where everyone minds his own grocery.
By any measure Onek's proposal to cut down power tariffs and stop the hemorrhaging of taxpayers' resources within the energy sector is welcome and must be supported by right thinking Ugandans. Ordinary folks who consume electricity do not know the extent to which they are being fleeced, and at a time when there is an oil rush with parties waving treasury-bursting tenders and eager to sign off concessions at a 'small fee' it is important that a keen eye is kept on what Uganda will walk away with.
Onek has proposed a review of the Umeme concession agreement with a view to delete what he sees as unfair clauses in the agreement that have caused tariffs hikes and financial loss to the country - isn't that just fair for all Ugandans? Unfortunately it turns out he does not seem to trust anyone below him. So, he constitutes a commission of inquiry to investigate Umeme - the electricity distributor. The commission, it is said, was actually picked for him by President Museveni because as a hydrologist Onek on his own would know better than to pick a 'layman' as the chairman of such a highly technical inquiry.
So, mistake number one; the composition of the commission lacked the sophistication required by the job it was meant to perform. Mistake number two; the investigations focused on a finished product and left out generation and transmission processes. The concession agreements for the three arms of the sector are very interrelated, it would only be wise to overhaul the whole sector instead of doing what is now being perceived as a 'witch hunt' on Umeme.

Salim Saleh's team found out that Shs300 billion had gone missing and Onek is blood thirsty to get somebody account for it. However, he is perhaps oblivious of the fact that his ministry is the most sought after because it has the most lucrative deals available in government. The political interest in the energy sector is only second to the ministry of Defense. That only means that there is not a pin that will drop in the hallway of those two without the knowledge of highest authority in the land.
This brings me to my first paragraph. The sight of Onek rushing away to Museveni with a running nose over Umeme and other issues in the ministry draws only sympathy for a man on trial.

We -the taxpayers - wait with nostalgic expectation that one day, just one day power tariffs will reduce. That however is being overtaken by global events. The current trends in the global energy industry indicate that power will continue to be expensive for a long time to come - not even when Bujagali and Karuma are completed. As a confessed environmentalist, Onek should concentrate on preaching renewable energy sources and leave groceries to those who have both ambition and might to fight for them. Onek only has ambition.

Kampala's erratic electricity supply has had a significant impact on businesses across the board. From large corporations to small companies, all have had to adapt to lengthy power cuts. Stuart Price reports from the Ugandan capital.
On the day that African Business visited the Paradise Internet cafe along Entebbe Road, business was brisk. Of the six functioning computers allowing users to surf the internet, write word documents or chat online, some machines had three people huddled around its VDU and keyboard.
Waiting patiently both inside and out of the modest, open-front establishment, were perhaps another dozen individuals, eager to take full advantage of the electricity which was coursing through the mains.
But it is not always like this in Paradise. Since the introduction of a '24 hour on-24 hour off' electricity supply to Kampala, many businesses have been straining under the new schedule.
Fred Sebaggaala, the 20-year-old manger of Paradise Internet says they used to open from early morning until midnight, but since the introduction of the new load-shedding programme, they can only open while they are serviced with electricity from the national grid.
"It has reduced our income greatly as people work during the day," he says. "Now, when the power is off, they cannot come and use our services in the evening. I estimate our weekly income has been reduced by around 70% as a result."
He adds that the business has not increased its prices as it would scare customers away. "Our only option during periods of no power is to close. Generators and fuel are too expensive for a small outfit like ours; it is an extra cost we cannot afford."
For such a small operation with modest earnings, the new schedule has hit it hard and there are few choices other than to just suffer the lengthy outages. "We are looking at alternatives and are planning to bring in more computers to increase our facilities when we have power. This is the only way we can cover the loss of revenue when the power is off," Sebaggaala adds.
But things could be about to change. From the beginning of 2007 the introduction of thermal power will account for 150MW of electricity in addition to the 135MW that is created by hydro-power. Originally, the combined capacity of Nalubaale and Kiira, the two dams which make up Owen Falls, was 300MW. They are currently only producing 120MW.
Uganda's current peak demand period requires around 380MW, while the Electricity Regulatory Authority (ERA) estimates only 122MW is available.
Until earlier this year, the vast majority of Uganda's electricity was provided by the Owen Falls dam at the beginning of the White Nile which flows directly out of Lake Victoria. However, due to persistently below average rainfall over recent years, the level of water in the lake has reduced significantly, thus lowering the amount of water flowing out into the Nile and passing through to the hydro-electric power generating dams.
As a result, operational capacity has been reduced by about half, which has led to the current load-shedding programme of 24 hours on-24 hours off.
Who is to blame for the power crisis remains unclear. Accusations have been flying from all sides over who is responsible; from Mother Nature and the environment, to the government and incompetent management, to the colonialists and companies' bad planning when the two dams were designed and built.
What is clear, though, is that the Victoria Basin, the catchment area from which rainfall feeds Lake Victoria, is one of the most densely populated areas on the planet. And with rainfall persistently failing to reach previous and required levels--perhaps as a result of global warming and changing weather patterns--and with the population continuing to expand and grow, it appears there is not going to be any form of quick-fix solution to the current quandary and crisis. Alternatives are needed.
Concern over higher tariffs
With thermal power costing an estimated three times that of hydro-power to produce, tariffs are set to rise yet again for the consumer. This comes on the back of already increased prices of 37% in June, a further 25% in October while another 20% revision is expected in February 2007. The hikes come as a result of the main national electricity distribution company, the South-African led consortium Umeme, putting up prices because of the decreased amount of electricity being produced.
For many in Kampala, this poses something of a dilemma. The current schedule is frustrating to say the least, and although it is a well-used cliche, you really do not realise what you have got until it is gone. So for some, all that is required is a regular power supply in order to operate normally. However, with the forecast increases, it is a possibility that only a percentage will be able to afford it.
Concerns over price increases have led to nervousness throughout the business community. So much so that President Yoweri Museveni was compelled to comment on the situation. Speaking at Uganda's 14th International Trade Fair Exhibition, he said tariffs would be raised without his direct consultation.
"This is the last energy crisis we shall have in Uganda, even for the future. This issue of electricity in the next three years shall be history. We have learnt enough lessons," he told the applauding crowd of manufacturers and businesspeople.
The introduction of extra power through thermal generation will undoubtedly be welcomed by many, but as a result will leave tariffs dictated by the international market.
Already the early predictions look ominous. The regional weekly newspaper The East African suggested...


50,000 clients sue Umeme over bills
By Ephraim Kasozi
Posted Tuesday, April 27 2010 at 00:00
Kampala
The High Court yesterday permitted some 50,000 electricity consumers to sue the national power distributor, Umeme Limited, over alleged wrong power billing and use of defective meters.
Ms Gladys Nakibuule, the Commercial Court registrar, said it is in order for four complainants; Joseph Kasozi, Paul Kazinda Kasozi, Marcellinus Idumu and Ismail Dabule to institute litigation on behalf of their colleagues. “[The] applicants are granted permission to institute a representative suit against the respondents [Umeme] on their own behalf and on behalf of other numerous electricity consumers who have [the] same interest,” Ms Nakibuule said.
The petitioners are seeking a court declaration that Umeme over-charged its clients by inflating monthly electricity bills and using faulty meters. “[Our prayer is for] a declaration that the complainants’ current electricity bills and accounts should be adjusted to reflect the true billing and that the applicants are entitled to compensation because of the overcharges ...,” reads part of complaint.
However, Umeme Head of Corporate Communication Charlotte Kemigyisha said last night she could not comment because the company was not yet aware of the court action. She had not returned our calls by press time.
It is understood the litigation derives from findings by an ad hoc government team, headed by Gen. Salim Saleh, President Museveni’s brother, which reported that Umeme is charging its clients exorbitantly and recommended an immediate reduction in the electricity tariffs.
Last year, Energy Minister Hillary Onek appointed Gen. Saleh to head a commission to inquire about alleged high electricity tariffs. The government is studying the report.
Posted by williamkituuka.com at 1:43 AM