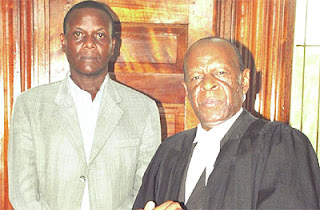 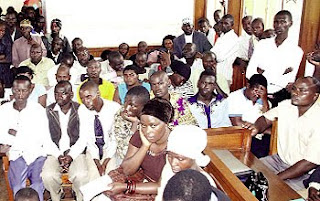 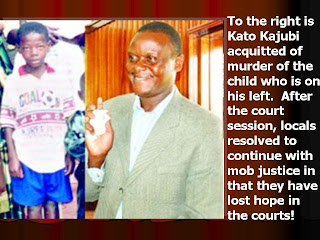 Many people out there expected Kajubi to be set free before even the judge made his ruling.This is against the poor work done by the police as the waythe casenumber was altered among other things. However,what does this bring to light? It is very difficult for the poor to get justice. It is not clearhow Kajubi acquired the properties he has.What is clear today is that some corrupt people use others to disgiuse their properties; which ever way,justice has not been got.kajubi is believed to have played a big part and had it not been his involvement,this innocent boywould be alive today.
William Kituuka

A native doctor, Mr Umaru Kateregga and his wife Mariam Nnabukeera alleged that Mr Kajubi participated in the murder of Joseph Kasirye, on October 27 2009 from their house in Kayuggi village, Mukungwe sub-county Masaka District.

The 12-year- old boy’s beheaded body was later found in a swamp.
Mr Kateregga and Nabukeera who are still in jail were State witnesses in the case against Mr Kajubi whose hearing started on August 17 last year.
They claimed that Kajubi and a one Stephen drove to their house at about mid-night where they found young Kasirye and cut off his head.
Kajubi then reportedly asked a one Umaru to carry away the body and place it in the boot of his car.

But in his ruling, Justice Mukiibi said the evidence that Nabukeera gave in court did not corroborate with what Kateregga said. At one time Nabukeera said she did not know the said Stephen and instead said the person who killed the boy was Moses. Stephen and Moses has never been arrested.

Justice Mukiibi further observed that the evidence provided by prosecution did not prove that Kajubi was involved in the murder. Justice Mukiibi said it was queer that there were no blood drops or any sign at all mentioned by police in the room where Kateregga claimed the murder took place at the alleged command of Kajubi.

The judge also relied on the evidence given by a one Mulondo who reportedly went to check for the boy in the evening of that fateful day at the home of Kateregga and did not find anybody around.

Mr Kajubi’s lawyer Mac Dosman Kabega had argued that the boy had been killed much earlier by Kateregga and others in a separate place.
The judge also rejected the evidence of the computer print out from MTN giving the times and length of the telephone calls made between Kateregga and Kajubi on that particular night.

Justice Mukiibi observed that Umaru had made several other phone calls according to the MTN record and that he did not call only Kajubi. He wondered why police did not take interest in those other numbers that Umaru called that day. The state presented 22 witnesses.
Posted by williamkituuka.com at 2:51 AM