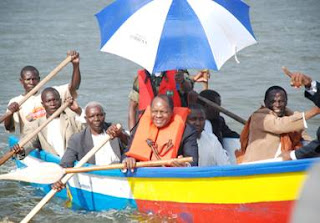 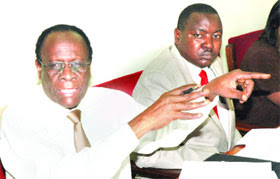 On the left is Minister Gabriel Opio and Otaala 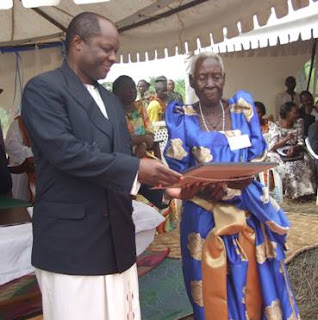 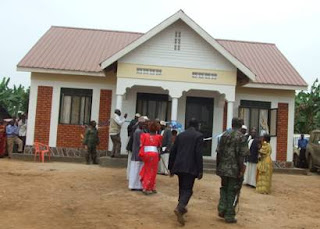 On March 13,2009 Kabaka Mutebi donated a fully furnished home to Mzee Angelina Nabakooza who helped secure the Late Sir Edward Mutesa after the Obote Government invaded the Mengo Palace in 1966 at a colorful ceremony at Lugusuulu. He also awarded certificates to several Baganda Heroes who helped in saving Sir Edward Muteesa II’s life during the 1966 crisis. Such a Kabaka is not needy to benefit from the central government hand outs when Buganda Government has earning assets out of which rents if paid can help meet the ruling of the establishment.

While appearing before the parliamentary committee on gender, labour and social development on Monday April 26, 2010; Hon.Gabriel Opio is quoted to have said that the Ministry still includes a figure for what would be paid to Kabaka Mutebi. However it is common knowledge that the Mengo establishment refused to accept that offer as it demeans Kabaka who is not supposed to be paid a salary.It is therefore wrong for the Ministry of Gender,well aware of that fact to include Kabaka Mutebi among the beneficiaries of monthly allowances from the central government.
If the Hon. Minister wants a fund out of which to meet other obligations on cultural grounds, he is wrong to use what is indicated as a benefit to Kabaka Mutebi. The name of Kabaka Mutebi should not appear at all among the beneficiaries. These are channels through which money is siphoned from government which could easily tarnish Kabaka Mutebi's name. In the circumstances,the Ministry is free to use some other name for what would be a benefit for Kabaka Mutebi after all it looks like we are to see more cultural leaders on the scene.
Posted by williamkituuka.com at 1:00 AM